I was recently contacted by Roy Star, grandson of bandleader Nat Star, who noted that he could find no references to his grandfather on the internet. So I am putting this right and publishing the Nat Star webpage. A flick through the British Dance Bands On Record discography will reveal that bandleader Nat Star was prolific in the recording studios during the 1920's and 30's, and was also reed player in several other bands. Very little else has ever been published about Nat Star.

Born Charles Nat Starsolar, 24th August 1887 in Tarnapole (Poland/Austria border). Nat's father died when he was a baby and his mother brought the family (brother and unborn sister) to London. Nat was brought up in Norwood Orphanage, South London, learning/self-taught saxaphone there, and adopting surname STAR.

Charles Nat Star is listed as director of dance band recordings on the Homochord label from 1923-25, the first issued as Homochord Star Dance Orchestra, later some as Nat Star and his Dance Orchestra or Selwyn's Dance Orchestra. Then from late 1927 more of his Homochord recordings began to appear with a bewildering number of pseudonyms and in 1928 Nat assumed the role of Dance Music Director for Homophone/Sterno records. The very first Sterno 101 featured 'I Can't Give You Anything But Love' and 'Dusky Stevedore' sung by Fred Douglas, issued as Lester Conn Dance Band. Some other pseudonyms commonly seen include Bert Maddison, Vincent Howard, Barry Bryan, The Rythmics. Some fine musicians are featured during this period including Jimmy Wornell, Charles Mead, Frank Biffo (trumpets), Ted Heath (trombone), Arthur Lally and of course Nat Star (reeds), and vocalists included Maurice Elwin, Tom Barratt, Fred Douglas, Cavan O'Connor.

Nat was reed player with many bands in the 1920's. Highlights of this career included Jack Hylton sessions Feb-Nov 1923 and one in Mar 1927, many sessions with Stan Greening 1924-31 whose recordings were issued on Columbia, Regal and Imperial labels. As well as Stan Greening and his Orchestra the records were also issued with pseudonyms like Corona Dance Orchestra, Raymond Dance Band, Hannan Dance Band though collectors should check matrix numbers as these names also covered American bands. Nat also played with the Vocalion company's studio band in the mid-1920's directed by Harry Bidgood. Recordings appeared on Aco, Beltona, Coliseum and Broadcast labels under various pseudonyms. Other sessions Nat played with include Tommy Kinsman and bands led by the Starita brothers during 1927-1929. 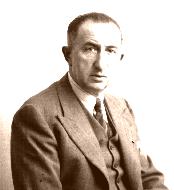 Nat was also involved in recording sessions for many entertainers including Flanagan & Allen, Bertha Wilmot, Jimmy Cavendish and Harry Wulson. Nat played for the Prince of Wales at the Hunt Balls at Ciro's restaurant where The Prince of Wales presented him with his green beret which he often wore. Nat had his own shows on Radios Luxembourg and Normandie, featuring the likes of Kitty Masters, Bertha Wilmot. One programme was "Music Hall Memories" sponsored my McLeans Toothpaste, programmes were recorded on 12" 78's.

During discussions Roy Star asked me why so little is written of Nat Star and why are so few of his recordings re-issued on CD or LP. It is true that very few articles on Nat Star have been published in record collectors' magazines. I'll try to explain why little is written about the bands of Nat/Charles Star.
Although Nat Star made many records they were mainly for minor labels, and playing a Homochord or a Sterno record the discs have a poor playback sound lot of surface noise and a muddy balance. Those labels did not spend much money on publicity and so lists of new releases were rarely published in Melody Maker or other periodicals, and photographs of the studio bands are rare. The Nat Star band did not work regularly at a flashy London hotel and the prominent musicians like Ted Heath were not permanent members, their work with Nat was casual. While he might be recording with Nat during the day Ted's real job was playing at the May Fair Hotel. We don't really know who was in the band on any particular recording session after 1931.
The name Nat Star never became a household name, only a small prcentage of Nat's records have his own name on the label, instead the record company chose to use over thirty different pseudonyms which bewildered record buyers at the time and they would rarely associate Homochord or Sterno records with the bandleader Nat Star.

The very popular bands like Ambrose and Hylton had a glamour image, they often entertained royalty and the wealthy, they employed Americans and very gifted music arrangers, they toured Europe, their recordings issued on HMV and Decca were widely advertised and reviewed in Melody Maker, some were issued in USA, Australia and Europe. All these factors made the Ambrose, Hylton, Fox, Stone bands much better known than the studio band of Nat Star on Sterno. Sterno did not employ important music arrangers, I expect the music on Sterno recordings is often played straight off sheet music with very few arrangements for soloists or jazz improvisations. The result is therefore not much to write about Nat Star bands, and most of the known information is found in Brian Rust/Sandy Forbes's book. What is needed now is for collectors to listen to Nat Star records in their collections, discuss some of the exceptional recordings that will certainly exist, and persuade CD producers to include Nat Star in their next releases either a whole CD or some titles.

Roy Star reports "Plagued with ill health Nat retired from music around 1934. In 1935 Nat opened a Radio & Electrical shop "Star Radio" in South Chingford, London E4 which was managed by his son Bert Star. When television arrived the shop name was changed to "Star Radio & Television" which was the very first name to be registered which included the word Television. Wife Annie and family lost Nat when he died aged 63 in 1950. An obituary was published in Melody Maker".
copyright Roy Star/John Wright 2000

Personal information and photograph on this page were provided by Nat Star's grandson, Roy Star. Recording career details are from British Dance Bands On Record by Brian Rust/Sandy Forbes.

There is an active discussion group where you can talk about Nat Star and other bands:

return to the Welcome Page